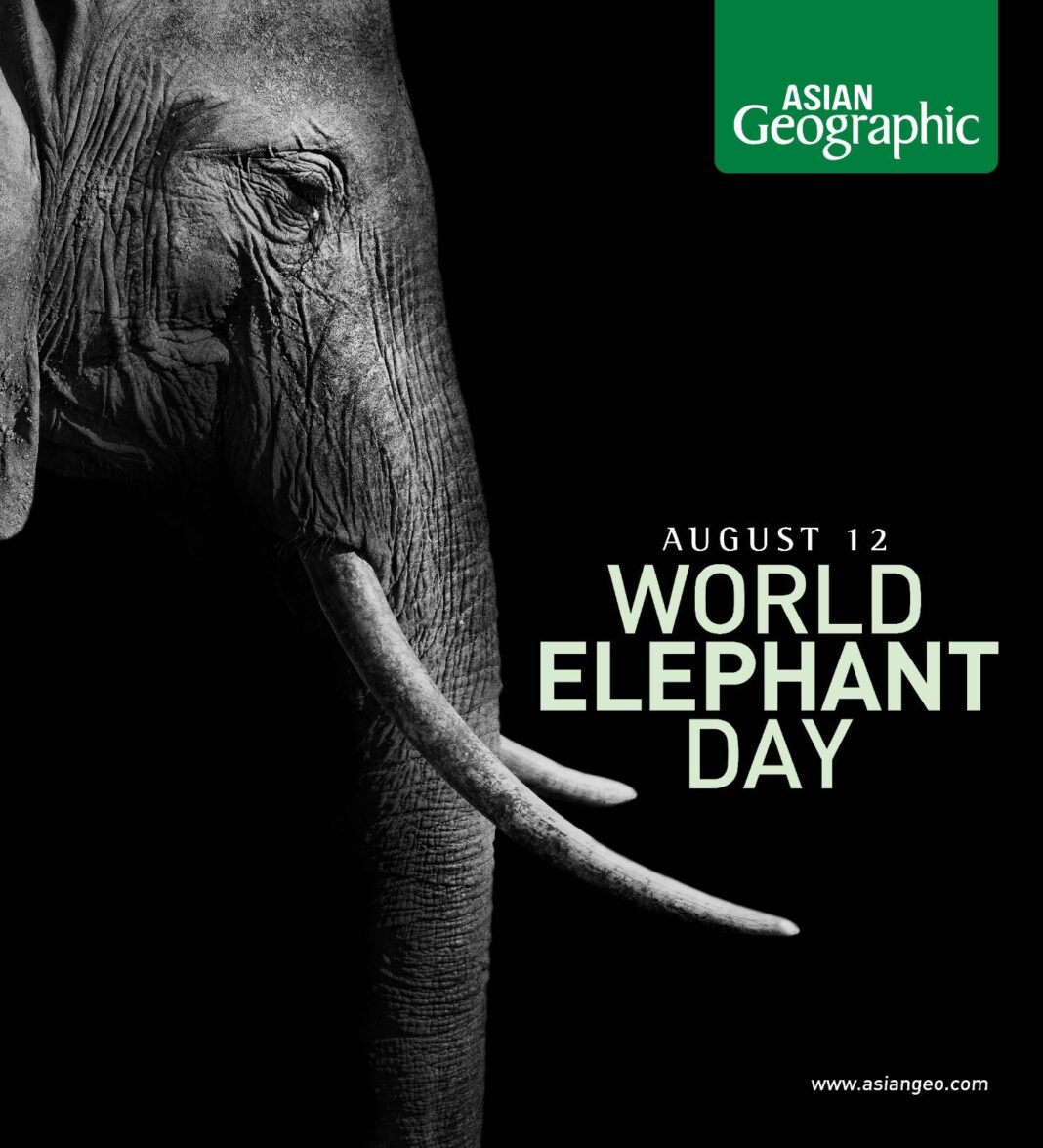 12 August marks the 9th year of World Elephant Day! First launched on August 12, 2012, by Patricia Sims and the Elephant Reintroduction Foundation, it seeks to spread awareness on their dwindling population and threats they are facing.

The magnificent creatures are incredibly important to the environment and other species in their ecosystem. They create pathways by trampling through densely forested areas and create waterholes that benefit other wildlife during dry spells.

Most would associate the big elephants with savannah plains and thick jungles. However, do you know that elephants can swim gracefully in the waters? Introducing Rajan. International acclaimed for his willingness to pose for underwater photographers, he made a name for himself as India’s famous swimming elephant. This gentle giant was born in southern India around 1950. As a young adult, he was brought to the Andaman Islands and was subjected to hard labour, contributing to the logging industry. There, his swimming skills were a necessity as the logging companies required elephants to swim to the neighbouring islands to save on transport costs.

Somewhere between dutifully hauling logs and swimming from island to island, Rajan found the love of his life. Elephants are not known to mate for life. During mating season, it is common for females to mate with more than one bull. However, in some special cases, females may choose to mate with the same bull repeatedly. Such was the relationship between the two as they were seen frequently together over the years.

After work, the female and Rajan can often be seen enjoying their leisure time together by taking a dip in the ocean. The pair were together for several decades. However, as with all love stories, their time together came to an end. The female suffered an unfortunate cobra bite and succumbed to complications.

Overcome by grief, Rajan spiralled into a deep depression for a year, becoming disengaged and unwilling to carry out his duties. In that state, he was found to be of no use to his employers and his future did not seem promising. As luck would have it, it was at this juncture that Tarsem Singh, a movie director, heard of Rajan the swimming elephant and cast him in The Fall. With the job scope and environment change, Rajan regained his vigour and was back to his usual self. He settled into the pace of filming and was enjoying life on Havelock, spending time in the forest with his handler.

However, one last challenge awaited him. After filming, his owners intended to ship him back to the mainland, where he would likely be chained to a temple wall for the remainder of his life. Sadly, this was the fate of many elephants. Logging on the islands has been banned since 2000, which means that about 200 elephants are no longer in demand. The elephants that were shipped to the mainland to the temples often died within one to two years.

Fortunately, the owners of Barefoot Resort intervened. They have been taking care of him during his time on Havelock and stepped in to save him from such a cruel fate. Purchasing an animal was expensive and the elephant’s owners were not letting Rajan go without a huge sum in exchange. To raise enough funds, Rajan earned his keep by swimming with divers, photographers and filmmakers.

With a few sessions each month, he finally raised enough money to earn his freedom and retired from underwater modelling in 2014. Since then, he is often seen wandering in the forests near the resort, enjoying his well-deserved retirement while entertaining islanders and visitors alike.

Rajan the swimming elephant lived a full life, passing on at a ripe old age of 66 in 2016.

For more stories and photographs from the issue, see ScubaDiver Issue 2/2019 No. 115. Check out the latest Asian Geographic Magazine Issue 3/2021 coming to shelves soon, or reserve your copy by emailing marketing@asiangeo.com.