The forthcoming Hot Soup School Challenge will see four victorious students win a four-day trip to Thailand! Here’s just a taste of what the winners can expect during this adventure-filled itinerary.

The action-packed, buzzing city of Bangkok has a seemingly endless to-do list for visitors. Beyond the well trodden alleyways around Khaosan Road, there are several other routes to explore in and around this burgeoning metropolis.

The winning students and their accompanying teacher will have the chance to journey into the prehistoric past at the Dinosaur Planet Theme Park in the bustling Phrom Phong area of Sukhumvit. The amusement park is dedicated to remembering these prehistoric reptiles, from the fierce T-rex to the intelligent Velociraptor. It houses up to 200 life-size models, featured in exhibits that imitate natural habitats, located around a central “active” volcano. It’s a must for palaeontology – and Instagram – enthusiasts!

From here, it’s a short drive back into the present, where the students will be able to explore one of the traditional floating markets just outside the city; en route, we may stop to explore the Tham Khao Bin cave, which showcases magnificent stalactites and stalagmites.

At the floating market, hundreds of boats navigate the systems of waterways outside of the city. These markets are one of Thailand’s most iconic cultural activities, presenting the perfect opportunity to practise your haggling skills. The narrow boats are stacked high with fruit and vegetables and floating kitchens, from which you can sample local Thai cuisine, complete with a coconut.

As the day fades out into evening, students may have the opportunity to participate in a Muay Thai training session. Known as “the art of eight limbs”, this ancient martial arts tradition can be traced back to the 12th century, when it started out as a form of combat. It has evolved into a major sporting empire today, with people from around the world flocking to Thailand to train and compete.

A Local Way of Life

About an hour’s drive west of Bangkok is the lush cultural community of Sampran Riverside, a family-owned eco-village that offers a variety of cultural activities and workshops on their 70-hectare property, flanking the Tha Chin River. The initiative partners with local farmers in a local community engagement enterprise that promotes organic agriculture and sustainability; they also collaborate with local schools. The estate houses a hotel, several restaurants, and a cultural village that encourages visitor education on traditional Thai activities such as bamboo dancing, pottery,
rice farming and Thai cooking.

A particular highlight is the Sookjai Organic Farm tour. The 15-acre organic farming operative grows a range of vegetables and herbs, such as morning glory, spinach, basil, eggplants, chillies and lemongrass, amongst others. They also grow a variety of organic rice such as Hom Patum and Hom Nakornchaisri. Sampran Riverside also launched a local farmer’s market called Talad Sookjai, which runs on weekends.

The Hot Soup School Challenge winners will have the opportunity to participate in a range of activities at Sampran, while also kicking back and relaxing in this oasis just outside the city.

The Venice of the East

After the fall of Sukhothai, Ayutthaya – founded in 1350 – became the second capital of the Siamese Kingdom, and remained so between the 14th and 18th centuries. It flourished, becoming a cosmopolitan hub of politics, religion, commerce and culture, and was once home to over a million people. The great empire was overthrown by the Burmese in 1767. Thousands of people were imprisoned, and many of the great city’s treasures and historical artefacts were sadly looted. The seat of power shifted, and for decades, the glory of the former empire was all but forgotten. However, beginning in 1969, the city underwent major restoration.

Today, Ayutthaya is run as a historical park, and has been listed as a UNESCO World Heritage Site. Many of the sites have been partially restored, so that visitors are presented with a glimpse of the kingdom’s former glory. The winning team will have the chance to explore this magnificent complex of temples, monasteries and stupas. Pack a good pair of walking shoes! 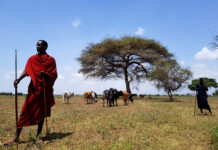 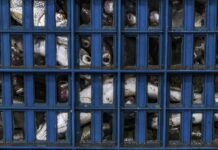