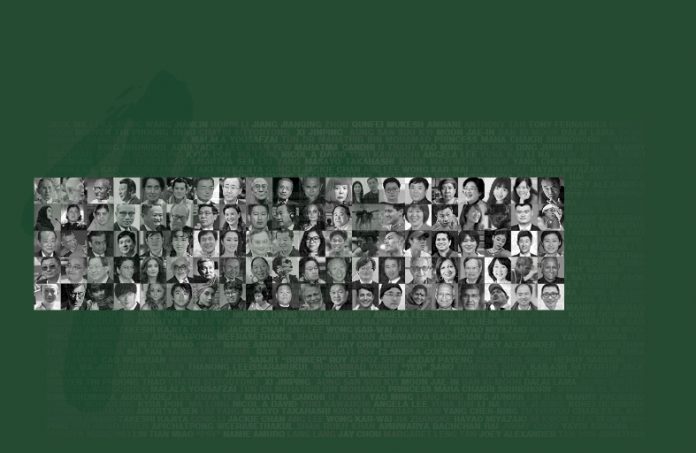 A special mention for the amateur athlete, who came in first in the 2018 Boston Marathon in a time of 2:15:58. The full-time office worker races every weekend. In 2017 he participated in 12 marathons, compared to the usual two by professional marathoners.

The “Unstoppable” began competing at age six. She became the world’s youngest Mixed Martial Art (MMA) champion in 2016 at age 19, earning her the title “female Mike Tyson of the MMA world”. Since then, she has become one of the most popular MMA fighters in Asia.

The “Iron Hammer” is the first person in volleyball history to win gold both as a player (2 World Cups, 1 World Championship & 1 Olympics) and as a coach (2015 World Cup & 2016 Rio Olympics). She is one of the most respected people in modern Chinese sports history.

The only Asian snooker player to be ranked world no. 1 (from 2014) and to reach World Championship final (2016), Ding is considered the most successful Asian player in the history of the sport. He has accumulated more than 450 century breaks (a score of 100 points or more within one table visit, without no missed shots).

“Super Dan”, as Lin is known, had won every major title in the badminton world by 2017, at age 35, including achieving “Super Grand Slam” status by age 28.  The two-time Olympic champion, five-time World champion and six-time All England champion is known as the “greatest badminton player of all time”. He regards the Malaysian singles player Lee Chong Wei as both a rival and a friend.

“Pac-Man”, one of the world’s most accomplished boxers, has competed professionally since 1995. Not only is Manny the first boxer to win the lineal championship in five different weight divisions and a major world title in four weight divisions (flyweight, featherweight, lightweight and welterweight), he is also the only eight-division world champion in the history of the sport. Pacquiao is currently serving as a senator of the Philippines

Long has an impressive record: the current Olympic and World Champion held No. 1 ranking for 64 months – the longest by any male player in the history of the sport – and completed the Grand Slam (winning the Olympics, World Championships and World Cup) in 2016.

Read the full article in issue 132 of Asian Geographic Magazine.