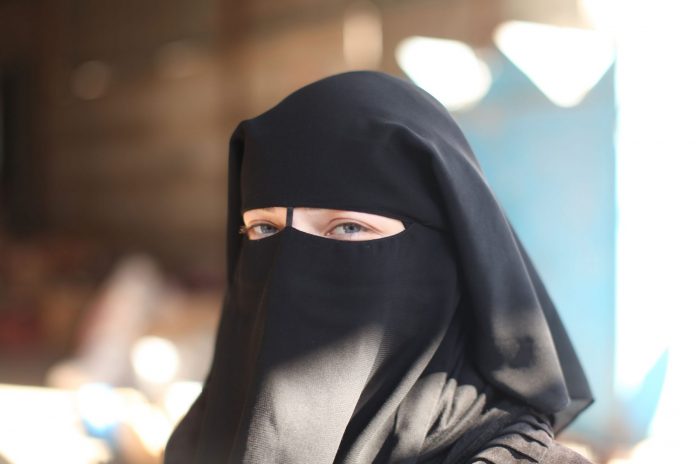 A life choked with adversity along the Gaza Strip

As with all Palestinians in what is often described as the world’s largest open-air prison, life for the women of the Gaza Strip is choked with adversity.

Fenced by land and bound by sea, the enclave grates under the humanitarian impact of military conflict, embargo and political isolation. Neighbouring Israel and Egypt have maintained a land and sea blockade – limiting movement of goods and people since 2006. Although targeting Hamas, the militant Islamist movement governing Gaza, the policies are described by the United Nations as amounting to collective punishment.

Not all misery and destruction

For journalist and photographer Lara Abu Ramadan, this life of adversity is mostly met with spirit and dignity. Using social media platforms, along with her writing, the young woman’s intend is to show Gaza’s human face to a world used to seeing scenes of catastrophe and violence. Lara, 24, seeks out stories and images highlighting the perseverance and moments of happiness found in Gaza.

“I want to show the beautiful side of life – so people know that Gaza is not only misery and destruction,” she said. “Most places would descend into chaos if subjected to similar violence and siege but we have endured and not completely turned on each other.”

Glimmers of hope are welcome amid growing despair. Three major Israeli military offensives in recent years have caused displacement, traumatised much of the population and left public infrastructure barely functioning. Most people in Gaza face food insecurity and with the world’s highest unemployment – close to 50% – the collapsed economy offers little hope to young people seeking a better future.

Life’s usual patterns and the daily routines of maintaining a household are tempered with the reality of chronic shortages of medicine, electricity, cooking gas and clean water.

“Women here are responsible for working in the house and the lack of electricity really effects their lives,” Lara said. “Electricity comes only eight hours a day and it’s never continuous. If you have a family and kids with school the next day and who need their uniforms ready, then you must wait for electricity to come. Everything is delayed in our lives.”

The latest and most damaging Israeli offensive against Hamas, a 51-day campaign of sustained aerial bombardment in the summer of 2014, reduced entire neighborhoods to flattened piles of concrete and twisted steel while one third of the civilian population was internally displaced during the conflict.

“Life here is tough for women. A Palestinian mother often has to deal with many hard things because of the situation they live under,” Lara said. “They have often had to lose a son or a father, sometimes the whole family. I think that gives girls a vision of responsibility, independence and a motivation to be strong.”

During the bombing, Lara and her husband established a live stream video from their apartment showing the city under attack in real time. Along with being an innovative form of reporting, it was also a means of coping with danger.

“Working as a journalist gave me another feeling at the time,” she remembered. “I wasn’t just feeling afraid, wanting to leave my house or hide under my bed because of the bombing, but I just wanted to stay in my house and show what was unfolding on the ground. It removed the real feeling of what was going on – that we were in a very dangerous situation.”

Physical signs of the bombing remain obvious but the psychological scars inflicted on people often goes unseen. The normalisation of extraordinary circumstances places added pressure on women in their role as mothers while trying to cope with everyday lives themselves.

“I recently visited a woman and her family still living in a caravan after their house was destroyed,” Lara recounted. “She’d sent one of her babies to live with family because the caravan was not a healthy place. Her husband was injured during the war and cannot work so she was trying to survive with some money given by neighbours and family. She struggles to afford milk and medicine for her other child and felt humiliated living there.”

With 1.8 million people squeezed into an area half the size of Singapore – mostly descendants of refugees who fled ancestral homes following the creation of Israel in 1948 – the Gaza Strip is one of the most densely-populated territories in the world. Temporary refugee camps have grown into vast, overcrowded labyrinths of multi-storied homes.

These are fertile recruiting grounds for militant groups and Hamas political cadres. As unemployment, poverty and isolation have increased during the blockade, so too has social conservatism.

For creative or young women seeking a measure of independence, social pressure to conform to conservative norms adds another layer to the claustrophobic environment.

“Everything in Gaza is getting more closed in,” Lara explained. “I think this is from the blockade and the many wars. The bad things that happened in this small place has impacted how people treat and see each other. In the past, I could walk freely in the streets but now I feel that everyone is always looking at each other, especially if you are a woman. These looks pressure you and your psychology. They want to know why you are walking on the streets or doing anything.”

Such attitudes often prove obstacles for women wanting to work, but Lara is thankful her parents believed she should express her talents. “Society here does not always accept working women,” she said. “Luckily I was raised in an open-minded family. They allowed me more independence and the freedom to choose my studies and what I wanted to be. If I do something wrong, society will blame my family, so they gave me freedom in ‘holes’ to avoid problems. And because they follow our Arab culture and traditions, I was raised to be committed to them.”

For Lara, everyday examples of women exercising independence provide inspiration for her to continue being herself. “There are independent women here who work. They depend on themselves and they feed the whole family,” she said. “You’ll find women working in amongst all classes of society. Some are educated and work in companies and offices, and most of them are financially independent. Then, there are women who go to work every morning to find any job, just to provide the most needed things for her family.”

Nigel O’Connor is an independent Australian journalist and writer. After studying in the United Kingdom, he worked in the production of Land Rights News, a publication for traditional Aboriginal owners of Australia’s Northern Territory. Having spent the past four years living and working in Palestine, he recently relocated to Cyprus.

For more stories and photographs, check out Asian Geographic’s Issue 118, 2016