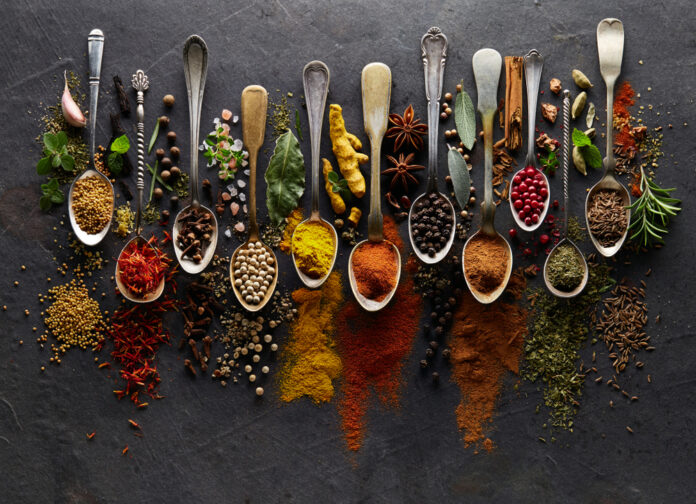 Asia is often affectionately associated with the use of herbs in the cuisines and daily lives. Different parts of Asia use herbs in different ways too. South Asia is fondly known for its array of pungent, potent spices, with Kochi in India often referred to as the “spice capital of the world”. While in East Asia, there is a strong tradition, dating back many centuries, of using herbs for medicinal, ritual, spiritual and aromatic purposes.

Think that herbs are just random fragrant plants? Think again! Here are 5 fun facts about herbs in Asia that you probably didn’t know about!

1. A link between rice and the Great Wall of China?!

Amazingly, rice is linked to the largest man-made structure on Earth – the Great Wall
of China! Rice continues to bind not only Chinese communities around the world, but also 21,196 kilometres of one of the planet’s largest construction projects!

Researchers at Zhejiang University in Hangzhou have studied the use of rice as mortar in ancient China. They discovered that parts of the Great Wall, restored during the Ming Dynasty (1368–1644 CE), contained the polysaccharide amylopectin, a carbohydrate in rice. When rice, or rather rice porridge, is mixed with inorganic lime mortar, the resulting composite mortar attains strength and becomes water-resistant. We don’t call it glutinous rice for nothing!

The practice of smoking herbal cigarettes has come to light as an alternative to cigarettes; they’re mainly sought by those looking to quit smoking since they contain no tobacco or menthol. People who share their experiences with herbal cigarettes claim that it makes them feel more relaxed and calmer.

The fashion of smoking herbal cigarettes is a common sight in most parts of Asia. For instance, in Vietnam, people have been smoking green tea leaves as an age-old tradition. Traditionally, they will take herbs and wrap them into a ball and smoke through a bamboo pipe. As the global community grew and the sharing of cultures became inevitable, smoking tea was introduced to the world.

Across Asia, from Thailand and Vietnam to Asian giants India and China, many people are seeking herbal treatments to alleviate the symptoms of COVID-19 whilst vaccine access remains unequal.

Green chiretta, nicknamed the “king of bitters” in Thailand, has risen in popularity during the COVID-19 pandemic and proceeding panic. A study undertaken by researchers in 1991 at Mahidol University in Bangkok, Thailand revealed that 6 grams of green chiretta taken daily was equally as effective as 4 grams taken daily of paracetamol in the relief of a fever or inflamed tonsils in patients.

Similarly, Chinese ginger has also been hailed as a “wonder herb” with an important role during the pandemic. It is used in both traditional cuisines and medicine in Southeast Asia. The root has been rumoured as an effective tool for alleviating coughs, flu, chest infections, and asthma. Given the similar symptoms associated with COVID infection, it’s not surprising that Chinese ginger has been touted as an important herbal remedy.

4. Cannabis for medicinal use

While the plant is criminalised under several Asian systems, it’s not known to many that cannabis originated in Central Asia and the Indian subcontinent! In fact, it is theorised to be one of the first plants cultivated by mankind.

The first person recorded to use cannabis as an anaesthetic was Chinese surgeon Hua Tuo, who lived during the Eastern Han Dynasty (25–220 CE). His innovative herbal treatment was coined mafeisan (cannabis boiling powder). Research points to evidence that the Chinese’s knowledge of the medicinal values of cannabis traces back to the 1st millennium BCE. Cannabis was also recommended as a harmless drug to treat the sick, describing it as among the “noble” or “upper herbs”.

It is a common household fact that lemongrass oil may deter mosquitoes, but what may repel one may well attract another, and in this case, bees! The essential oil contains a pheromone that smells similar to that of the queen bee, attracting bees when the oil is mixed with beeswax. So BEEware!

To continue learning more about the wonderful health benefits of Asian herbs, check out Asian Geographic Magazine No.152 now!