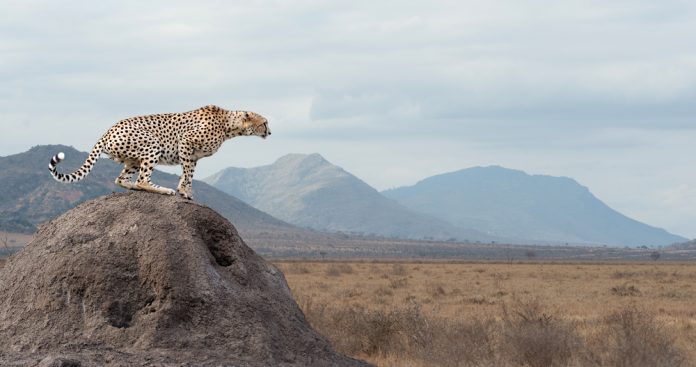 These beautiful, fast creatures are racing against extinction. Today, we’d like to bring awareness to the world’s fastest land animal – now chased by their dire fates.

Dr. Laurie Marker is the founder of Cheetah Conservation Fund. She designated 4 December as International Cheetah Day in remembrance of Khayam – a cheetah she raised from a cub at Wildlife Safari in Winston, Oregon – on his birthday.

One such cheetah species in danger is the Asiatic cheetah (Acinonyx jubatus venaticus), which is now only present in Iran – and in areas where humans are least present. The Asiatic cheetah once ranged from the Arabian Peninsula and Near East to Iran, the Caucasus, Central Asia, Afghanistan, and Pakistan to India. It was already extinct in Turkey in the 19th century, and the other regions in the 20th century. You can pledge your support at the International Cheetah Day website, where there are many suggested ways to help save these elegant, precise mammals.