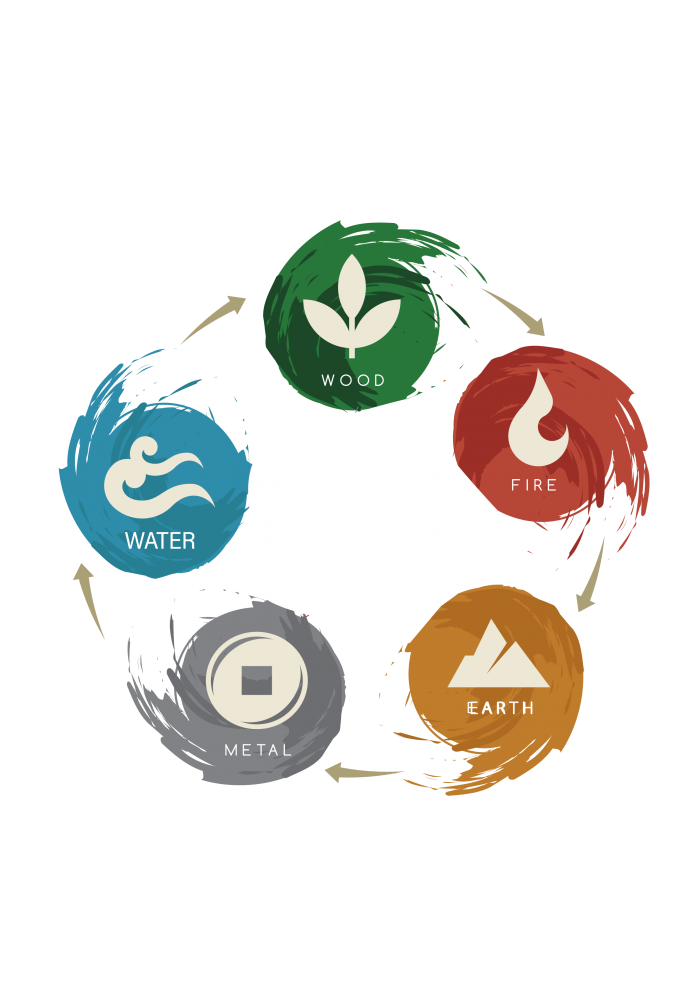 The five phases that the elements represent are around 72 days each and are used to describe a colour, as well as state, in Nature.

a period of retreat, where stillness and storage pervades

a period of growth, which generates abundant wood and vitality

a period of swelling, flowering, brimming with fire and energy

a period of harvesting and collecting While wu xing is thought of as having its roots going back to the first records of Chinese intellectual history, it was not yet in a comprehensive form. However, the evidence gathered from these eras – such as oracle bone inscriptions used in divination rituals to predict and discern outcomes in Nature and human affairs from the Shang dynasty – show that the wu xing theory was already forming, albeit in a rough pattern. Associations of territories with directions, colours, spirits, and rituals in and after this era also suggest the later correlational developments in wu xing.

Wu xing today as a developed thought has been incorporated into Chinese lives, whether it is the way space is arranged (feng shui) to medicine, or to one’s date of birth. Having become a distinct philosophical tradition during the Han dynasty, wu xing gradually developed into a conceptual device that is used to explain not only cosmology, morality, and medicine, but virtually every aspect of Chinese life and Chinese thinking.

Read more about wu xing in our latest issue, “The Water Edition” here or download a digital copy here!