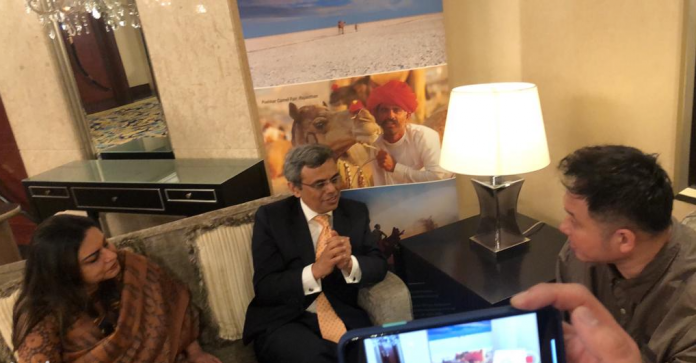 The Best Places to Visit in India 2020 There is a vast variety of things to do in India – it is a vibrant, all-inclusive nation with activities brimming in the seas, up to the skies. Ms Rupinder Brar says, “Never ask us what we’d recommend because we’ll give you a list of more than a thousand things to go and places to go!”

Whether you’re looking for a trip for yoga, wellness and meditation, you’d like to meet a tiger, or you want to venture back to the yesteryears to see maharajahs and maharanis, or see the old civilisations of Varanasi, there is something incredible in store for you.

Here is the team’s top destination recommendations for travellers looking to explore India in 2020: The Indian Himalayan Region is the section of the Himalayas within India, spanning 10 Indian states: Jammu & Kashmir, Himachal Pradesh, Uttarakhand, Sikkim, Arunachal Pradesh, and West Bengal of Indian Republic. The region is responsible for providing water to a large part of the Indian subcontinent and contains various flora and fauna. This is a place not to be missed, as it is one that cannot be found anywhere else. The Indian Himalayan Region is very different from Nepal as it is completely untouched and unpolluted. The beautiful sunrise is a must-see!

2. The National Parks of Uttrakhand The National Parks in Uttarakhand have the special privilege of being situated by the lower Himalayas – home to rich biodiversity and some of the endangered species in the world. Nature lovers will enjoy the beautiful landscape and exotic wildlife spread, whether you enjoy bird-watching, walking with elephants, spotting tigers, or just basking in the incredible sights nature has on offer. No matter what your expectations, Uttrakhand has a national park for you. Combining a Buddhist spiritual experience with breathtaking mountains and crystal clear waters, Ladakh is a mountainous region and the coldest desert in the world. It is known for its extreme deserts, blue waters, freezing winds, glaciers and sand dunes. Ladakh is a region of India which is totally isolated from the modern world. The main source of water is the winter snowfall in the mountains. It is the place to be for trekking, having some of the most picturesque and challenging treks – a must for adventure lovers! Travel beyond Jaipur, and experience some of the culture of Spiritual India in Rajasthan. Pushkar Lake, around which Pushkar is formed, is said to have been formed when a lotus flower fell from the hands of Lord Brahma. It’s also the only place in India where you can find Brahma temples. Bikaner is the home of friendly locals, with colourful festivals such as the Camel Festival, and unique temples such as the Karni Mata Temple – one that is full of rats! The stunning Junagarh Fort and Lalgarh Palace are also highly recommended. Rajasthan’s Udaipur is the “City of Lakes” or “Venice of the East”, showcases beautiful lakes all over the town, and the Jaisalmer Fort of Jaisalmer is also one not to be overlooked. Known as the place to go if you want to spot tigers, as Madhya Pradesh roars the loudest with 526 big cats, and the city of oak trees, Madhya Pradesh is a state of vivid culture, historical places, hill stations, and rich wildlife experiences. With three world heritage sites, plenty of national parks, and wildlife sanctuaries, it is a true adventure destination of central India which has something for everyone. Best way to explore the wildlife of the state is to opt for jeep safari available at national parks. If your wanderlust doesn’t just satisfy there then the historical monuments and temples will surely fill you with incredible memories. Known as India’s best kept secret, Odisha exhibits great forts in an area unexplored by tourists. The historical monuments of Odisha stand testament to the glorious architectural heritage of the state. The Kalinga Architecture as it is known came into existence in the 6th century AD and continued unabated till the 16th Century AD. The Kings or Gajapati’s of Kalinga irrespective of dynasty encouraged the architects to express their creativity by infusing life into stone. The other notable thing about the monuments of Odisha is that the architectural style wasn’t rigid and throughout its history, it continued to evolve incorporating new styles and aspects which added to their legend. The monuments were not just restricted to places of worship, but were the epicenter of socio-cultural activities that shaped the city’s social customs and beliefs. Known as the temple city of India, Tamil Nadu is one place in South India where the elaborate architecture and brilliant sculptures of its ancient temples, leave all its tourists spellbound with their astounding beauty. The Suryanar Kovil (or Suryanar Temple), dedicated to the deity Hindu Sun-God, located in Suryanar Kovil, and the Meenakshi Temple, located on the southern bank of the Vaigai River, in the temple city of Madura, is dedicated to Meenakshi, a form of Parvati, and her consort, Sundareshwar, a form of Shiva are must-sees! As adventure tourism in India is growing and becoming sophisticated, gone are the days when Indians shied from the waters. Whether it is diving, snorkelling, or water sports, Lakshadweep is the place to be, with its pristine waters, exotic and sun-kissed beaches, and lush green landscape. With 36 islands in the archipelago, there are 12 atolls, three reefs, five submerged banks, and ten inhabited islands to explore! India’s tea plantations, especially in Assam, have gained immense popularity worldwide. Forget wine-tasting! Every year, lots of tourists from around the world travel to Guwahati to learn about tea plantations and tasting different teas. If tasting various kinds of tea is what you like the most, then travelling to famous tea plantation regions of India i.e. Assam is what you need.

For more exciting places to visit in India and beyond, look out for ASIAN Geographic’s No. 141 Issue 2/2020 – Wood Edition, in which our PASSPORT section will highlight South Asia! Online and on newsstands in April 2020!