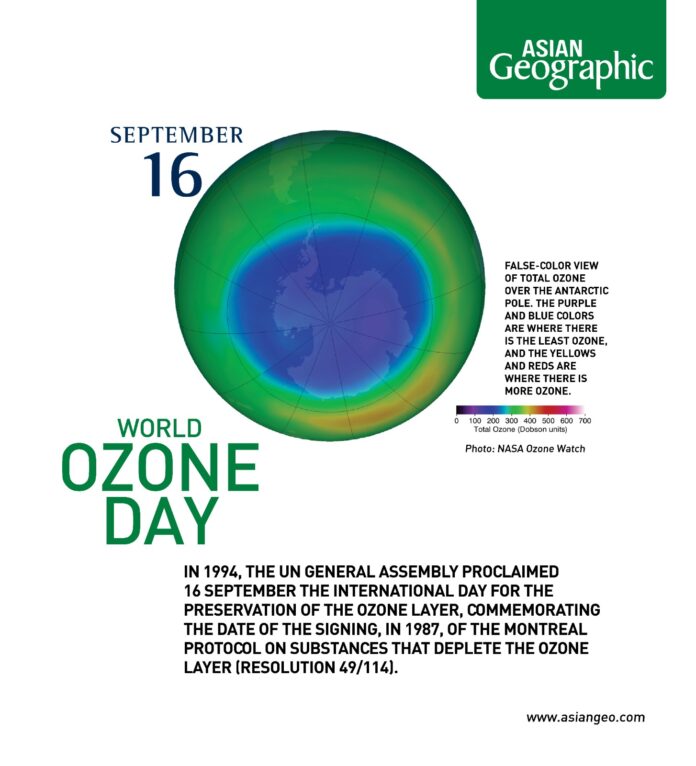 Today is World Ozone Day! In 1994, the UN General Assembly proclaimed 16 September the International Day for the Preservation of the Ozone Layer, commemorating the date of the signing, in 1987, of the Montreal Protocol on Substances that Deplete the Ozone Layer (resolution 49/114).

The Montreal protocol is a model of cooperation. It is a product of the recognition and international consensus that ozone depletion is a global problem, both in terms of its causes and its effects. The protocol is the result of an extraordinary process of scientific study, negotiations among representatives of the business and environmental communities, and international diplomacy. It is a monumental achievement.

This year’s theme is the Montreal Protocol – Keeping us, our food, and vaccines cool. The refrigeration cold chain is absolutely essential for all countries and it has a direct relationship on reducing food loss and food waste, protecting public health, and supporting the economy.

The Montreal Protocol is closely linked to this critical sector and WOD is an excellent time to shine the spotlight on this often-overlooked sector.

On this special day, we highlight 5 things you should know:

In terms of harmful gases from coolants, the world is still far from being clear. Some hydrochlorofluorocarbons (HCFCs), transitional substitutes, although less damaging, are very much harmful and are still in use.

Developing countries need funding from the Montreal Protocol’s Multilateral Fund to eliminate the most widely used of these, the refrigerant R-22. Hydrofluorocarbons (HFCs), the next generation of coolants, do not deplete the ozone layer, but they are powerful greenhouse gases that trap heat, contributing to climate change.

If emissions of uncontrolled ozone-depleting chemicals such as DCM continue rising, then the gains could be lost. It remains an ongoing technological challenge to find practical ways to cool ourselves and propel our aerosols without depleting the ozone layer or aggravating climate change.

View the latest status of the ozone layer over the Antarctic, with a focus on the ozone hole here: https://ozonewatch.gsfc.nasa.gov/

Ozone layer over the Antarctic as of 13 September 2021.