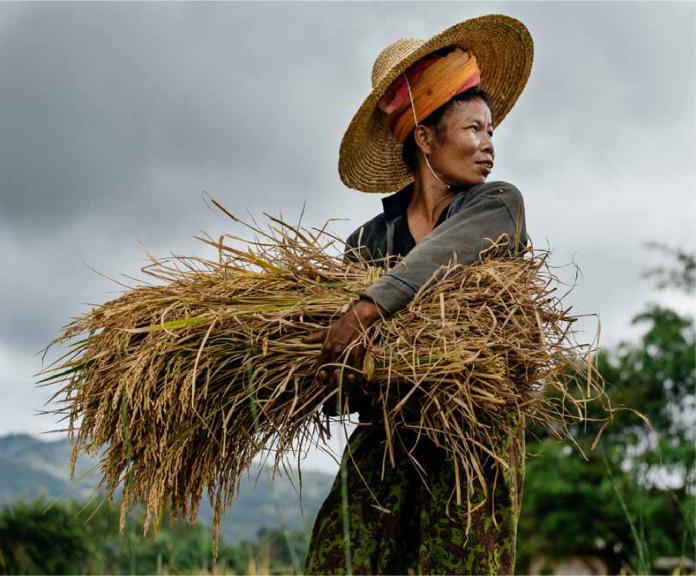 Language experts say half of the world’s nearly 7,000 languages are expected to be extinct by the end of this century. Asia is where nearly half of these endangered languages are spoken. The continent will lose more than means of communication when these priceless cultural treasures vanish.

ASIAN Geographic takes a closer look at some of the highly endangered languages in Southeast Asia. Also known as Gong, Lawa and Ugawng, Ugong is spoken in isolated communities in Uthai Thani and Suphanburi provinces in western Thailand. The language was already in severe decline when Westerners discovered it in the 1920s. Among factors responsible for the decline in the use of the language are occupation by Thais, lack of schools, children not being taught the language even at home and marriage with members of other communities. The displacement of villagers who speak the language due to dam construction has contributed to its decline. As a result, the Ugong community has become a stigmatised minority in Thailand and this further endangers the language’s survival. The last children speakers were recorded in the 1970s and now, most Ugong children speak Thai as their first language. There are over 20 languages that are spoken in Cambodia. The United Nations cultural agency, UNESCO, has warned that 19 of these are at risk of extinction, and these are mostly minority languages.

S’aoch is one of the minority tribes in Cambodia and only 10 speakers of the language remain, making it the most endangered language in the country. The S’aoch community was severely affected during the Khmer Rouge rule and has been subjected to extreme poverty. With the association with poverty, even people from the community itself have rejected the language and have chosen to speak Khmer, the dominant language in Cambodia, instead. The young are also taught Khmer in schools and do not take an interest in learning S’aoch.

A scholar of the language, Jean-Michel Filippi, has taken it upon himself to record the language before it perishes, and his efforts have come in the form of a 6,000- word dictionary as well as a book on the S’aoch people.

Danau is a language spoken mainly by locals from three or four villages near the town of Aungban in Shan State, Myanmar. Its use, however, has been dwindling as its speakers, who are primarily farmers, trade either with local Burmese or with Shan traders who speak the national language Burmese and the state language Dhan, respectively. There is therefore an economic necessity for the locals, especially the younger generation, to learn how to speak Burmese and Dhan as opposed to Danau. The language is also not formally taught and is spoken only by adults and the older generation. Coupled with the fact that it has no official protection, Danau is regarded as a highly endangered language.

For the rest of this article (Asian Geographic No.136 Issue 3 /2019 ) and other stories, check out our past issues here or download a digital copy here