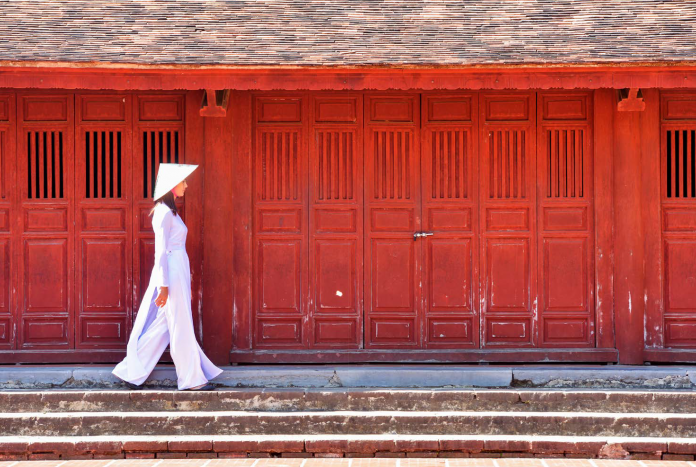 Today marks the 75th year that President Ho Chi Minh read the Declaration of Independence at the Ba Dinh Square in Hanoi, officially declaring Vietnam’s freedom from France. In celebration of Vietnam’s Independence Day, let’s take a look at the history of its official language – Vietnamese (Tieng Viet).

Vietnamese (Tieng Viet) is the national and official language of Vietnam, and spoken as a second language by many ethnic minorities in the country. It is also spoken overseas, most notably in the US, as well as other parts of the world with a significant Vietnamese immigrant population, such as China, France, Philippines and the UK. Vietnam’s richly diverse cultural and historical heritage is the main reason why its language is a fusion of several different languages in both ancient and modern contexts

Nineteenth-century scholars –James Logan (1852), André-Georges Haudricourt (1953–55), Michel Perlus (1975), William Gage (1985), Nguyễn Văn Lợi (1993), Nguyễn Tài Cẩn (1995) and Mark Alves (2006) – have been urged by the core vocabulary and syntax to conclude that Vietnamese is a Mon-Khmer Austroasiatic language. This is despite the many Chinese loanwords in government administration, trade, culture, medicine, arts, philosophy and literacy in different times: the Han Dynasty, the Tang Dynasty, and most of the independence period and the modern era. French loanwords were also added during the colonial period.

Approximately 80 million Kinh (Viet) people in Vietnam and 3 million Vietnamese around the world speak the language, which has six tones (ngang, sắc, huyền, hỏi, ngã and nặng). While northerners use all six tones, southerners pronounce tones hỏi and ngã the same and disregard terminal consonants. However, ngã is a unique Vietnamese tone, which sets it apart from other Asian languages. In terms of socio-historical context, Vietnam started expanding southward from the 11th century onwards, first assimilating central Vietnam’s Champa civilisation and then advancing further south into the Khmer kingdom and mixing with the Funan civilisation. This is the root of the differences between northern and southern dialects. It also explains the lexical enrichment.

Analogically, it is somewhat similar to British and Singaporean English: the same words can have different meanings in each region. For example, the word ốm means ‘ill or sick’ for northern Vietnamese, but ‘skinny’ for southerners. Fortunately, these differences have enriched the Vietnamese lexicon. For instance, ‘big’ is to for northerners and Lớn for southerners. When combined, To Lớn has a new meaning – ‘very big or giant’ – because To concerns width while Lớn is about height. Many initial and final particles cannot be translated into English, such as the final particle ạ for respect. Vietnamese, previously written in traditional Chinese, became the official administrative language of Vietnam in the 20th century. However, even before that, the Vietnamese writing system was already gaining popularity among the people. In the 13th century, Buddhist scholars and priests invented chu nom, a writing system utilising Chinese characters with phonetic elements. Later, a new writing system based on Latin script was created: chu quoc ngu.

Check out the rest of this article in Asian Geographic No.120 Issue 5/2016 by downloading a digital copy here. And subscribe here!