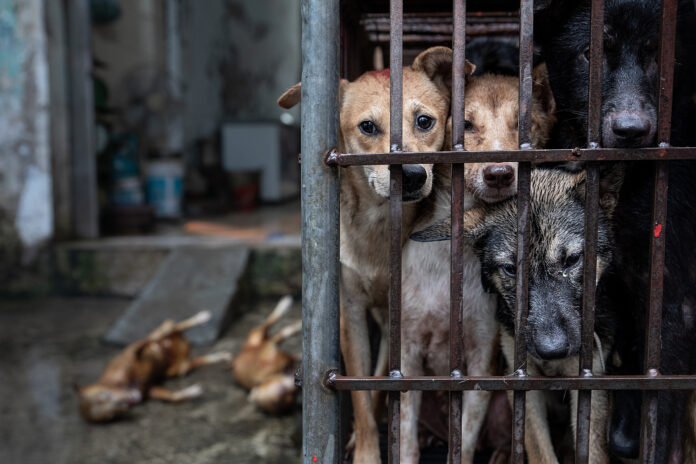 Investigation conducted by Asia for Animals and We Animals Media

Extracted Text by Asia for Animals and We Animals Media

In Hanoi, Vietnam, on Sept 5, 2022, a joint investigation conducted by Asia for Animals Coalition in conjunction with We Animals Media revealed and documented intense animal suffering, brutal conditions and illegal sales in their wet markets. The illegal nature of these sales is brought about by concerns that there is endangered wildlife being sold, such as the elongated tortoise (Indotestudo elongata) which are a critically endangered species according to the International Union for Conservation Of Nature (IUCN) Red List. This Red list clearly categories animals which are at high risk of global extinction. It is a widely understood classifying system. It is upsetting to see that this has been actively disregarded in these wet markets on Gam Cau Street, Hanoi, Vietnam.

As well as illegal trade, there are also concerns surrounding dog and cat meat consumption and the appalling conditions which these animals face in these markets. It was it claimed that dog and cat consumption would be made illegal by Vietnam but progress has yet to be made.

International media has extensively reported about the tragedy and distressing topic that is dog meat consumption. In 2018, Hanoi was the very first city in Vietnam to pledge to phase out dog and cat meat consumption. The Vietnamese government had openly and loudly declared in 2018 that it would ban all dog meat consumption by 2021. This pledge has not been met. The investigators from Asia For Animals and We Animals Media have seen first-hand the caged dogs killed and sold as meat in Hanoi’s wet markets.

The consumption of dog meat is a notable part of Vietnam’s history. It was popular during famines and food shortages after World War II and the Vietnam War. Even now, it is considered a delicacy by some and yet still a staple by others. Despite this, many cultures consider dog meat consumption as taboo.

According to the report from Rakuten Insight, as of 2021, more than half of the population in Asia (59%) have a pet in their home. In the Philippines over 50% own dogs as pets, with a rate of 67%, followed by China at 53%, and Thailand at 47%. They are beloved companions, often referred to as ‘Man’s best friend.’ Dogs have also been proven to be one of the most intelligent animals there are. A lead canine researcher, Stanley Coren, studying his doctorate at the University of British Columbia and author of many popular books on dog behaviour, concludes that dogs have the ability to solve complex problems and are more like humans and primates than we have before realised. There are numerous reasons why we should not eat dog meat. The horrors also lie in health factors. Firstly, dog meat is not nutritious and there are numerous risks associated with eating it. Dog meat may contain parasitic worms, such as Toxocara canis, which can result in blindness, myocarditis and respiratory failure. Additionally, rabies is a concerning virus and whilst it may be rid of during the high temperatures during cooking, cross contamination is a possibility.

On the contrary, the consumption of dog meat is popular in the northern parts of Vietnam where local consumers believe that the dog meat will improve their blood circulatory system and provide warmth. It is deemed to be a comfort food. At these wet markets, street vendors sell an array of dog meat, ready-to-eat, barbecued, and served with betel leaves, wrapped into a “one bite wrap.” There are also dog sausages available made from the dog’s intestine. What is even more disturbing is the nature of this trade is that the vast majority of the process and how they are killed is conducted in front of their fellow canine companions, all the while they are cramped in groups of about 10 in cages no larger than two square metres, Asia for Animals and We Animals Media report.

As for numbers, around ten to twenty dogs are killed per day at these wet markets. The street vendors kill the dogs by ‘striking their heads with plywood, then stabbing them in their hearts. Afterwards they put their bodies into a fur-removing machine before torching and burning their skin.’- Asia for Animals and We Animals Media. Many of these dogs are imported from Cambodia, Laos and Thailand. In addition, and alarmingly, the majority of dog meat consumed in Vietnam is not farmed, but rather it is highly likely that these dogs are in fact stolen from their owners. The dog meat trade is just a slither of the larger picture. Cats are also sold for their meat, despite the Vietnamese government banning cat consumption in 1998, the directive was cancelled in 2020. The street vendors sell the dead cats alongside the live cats in their cages. There are a large array of animals sold at these markets, many of which have unethical sources, appalling conditions and tragic killing methods.

Founded by award-winning photojournalist Jo-Anne McArthur, We Animals Media is an animal photojournalism agency and Canadian nonprofit that documents the stories of animals used for food, fashion, entertainment, tradition and experimentation.

Thank you to Asia for Animals and We Animals Media for reaching out to us with this story and their images. As saddening and as graphic as these are, we feel it is important to share the message and sometimes it is shock which is needed to make real change. 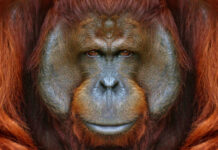