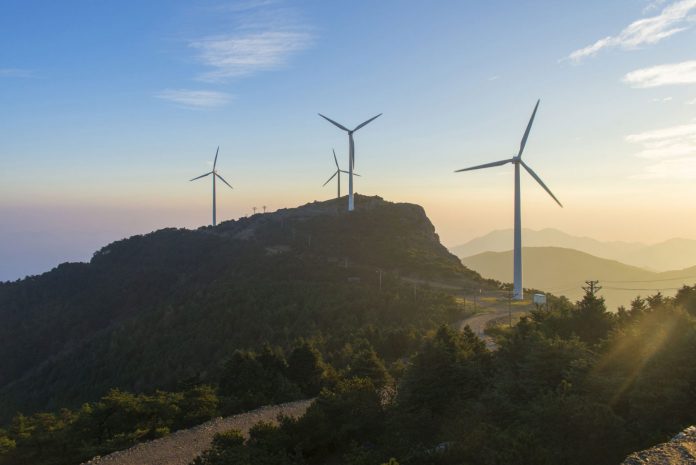 The Threat of Climate Change

Rising levels of greenhouse gas emissions – primarily carbon dioxide, followed by methane – generated by human activity, such as burning fossil fuels, traps heat in the earth’s atmosphere. As a result, the global temperature increases. Since living creatures can only survive and thrive in certain temperature ranges, global warming presents an existential crisis.

In an effort to halt the advance of climate change, the Paris Agreement, forged in 2015, called for efforts to limit the global temperature increase to well below 2°C above pre-industrial levels, and preferably to 1.5°C, recognising that this will substantially reduce the impacts of climate change. In doing so, it committed governments to divest in fossil fuels and make the transition to clean energy.

In 2016, COP22 focused on the implementation of the measures and country-specific goals set in the deal. By the close of the convention, more than 100 countries had joined the Paris Agreement; some of the world’s poorest nations, such as Bangladesh, announced that they were aiming to move to 100 percent renewable energy between 2030 and 2050.

Many Asian countries have signed up to meet this commitment. According to a report issued by the Intergovernmental Panel on Climate Change (IPCC) in 2014, Asia stands to be hit the hardest by the effects of climate change. The region is particularly vulnerable given its low altitude, heavily populated coastlines, sizeable agricultural sectors, and large number of impoverished people. Given these factors, rising sea levels leading to flooding and land loss – as well as other devastating extreme weather events – will affect hundreds of millions of people.

A notable proponent for clean energy transition is Sir David King, the UK Foreign Secretary’s Special Representative for Climate Change. Speaking at a media huddle before a lecture at Singapore’s Botanic Gardens on March 1, 2017, Sir David noted that Asia – particularly Southeast Asia – is the region “most at risk due to climate change”, stating that “with a 1.5°C rise in global temperature, there will be a high probability of a severe impact occurring in the region.”

In stressing the severity of the situation, he cited an example of climate change’s impact on agriculture – with a rise in sea levels, crops will fail as fields become contaminated with salt. For developing Asian countries that are heavily reliant upon agriculture, such a scenario would be devastating for their economies, and for people working in this sector (over 60 percent of the population in Asia-Pacific). It would also lead to a rise in food prices, and snowball into a host of other problems. King cited the Arab Spring and subsequent immigration crisis as an example: Following the uprisings, a spike in food prices exacerbated the upheaval.

King emphasised that “we cannot continue on our present trajectory”, suggesting that climate change, paired with the global population increase, would lead existing problems to spiral out of control: “A planet of 9 billion people would simply not be manageable.”

The transition to clean energy

And yet, there may still be time to avoid this grim future if nations collectively reduce their carbon emissions and transition to clean energy. King stressed the economic framework within which this transition will take place, saying that “there is already an air of competition,” although he admits that “it is nowhere near enough to make fossil fuels redundant.”

Nevertheless, that framework is growing as governments and businesses invest in clean energy – from wind energy to nuclear power. One of the reasons for its growth is that the transition is seen as an economic opportunity that yields profit and new technologies, which King identified as one of reasons China is investing heavily in clean energy initiatives. Beyond incentives on a governmental or business level, transitioning to clean energy has a far-reaching positive effect in moving the world’s economies away from a reliance on extremely harmful carbon-emitting fuels.

When asked about how Asian nations are faring, Sir David was optimistic and praised their respective efforts, noting that their commitments were unyielding, despite recent events that have cast a shadow over international climate change cooperation (an indication of Trump’s administration). He congratulated Singapore on its carbon tax policy – which focuses on the large direct emitters of greenhouse gases, such as power stations – set to be implemented in 2019. This will help the nation achieve its Paris agreement goals to cut carbon emissions by 36 percent (from its 2005 levels) and to start stabilising and reducing emissions by 2030. He advised that “Singapore could develop small nuclear reactors” to provide cost-efficient power, as they emit virtually no greenhouse gases. He lamented that a lot of stigma surrounds nuclear power, claiming that the media creates an “overwhelmingly negative perception.”

King identified China as “the world leader in this transition”, conceding that while they emit more than other countries, “their emissions have gone down and they are making very good progress.” According to Bloomberg News Energy Finance, China invested USD102 billion in domestic renewable energy in 2015. Last year, the Institute for Energy Economics and Financial Analysis (lEEFA) found 13 of China’s foreign investments that were collectively worth USD32 billion. Such is the extent of their investment and commitment both at home and around the globe.

Other Asian countries leading the way:

On a parting note, King warned against complacency – on both governmental and individual levels – affirming that “all of us are responsible, and each one of us can do something to reduce emissions, such as turning off the lights when you don’t need them on!”

Read more about the science of climate change and Asia’s transition to clean energy in Asian Geographic’s Climate Change Issue 1/2017 – relevant articles include; ‘A Habitat for Humanity’ by YD Bar-Ness; ‘Here Comes the Sun… India – the third-largest emitter of greenhouse gases – outshines the rest’; And ‘Leading the Charge.. Nepal presents a powerful success story in renewable energy initiatives’ by Michael Northrop and Bikash Pandey.