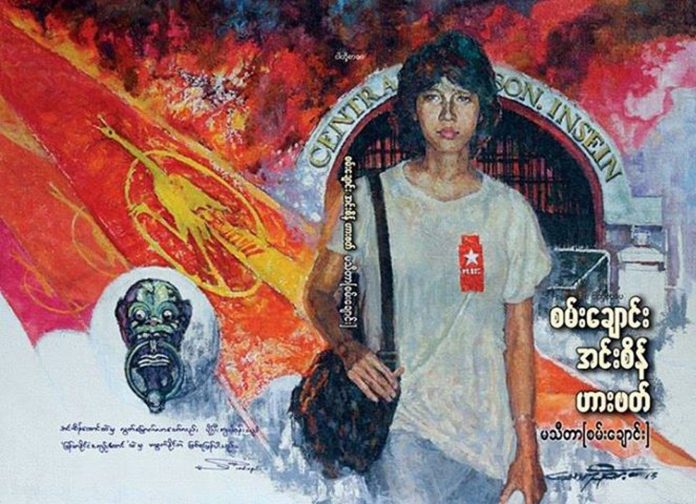 Myanmar’s National Convention process – which was set up to negotiate a democratic constitution – took 14 years to be realised. After the 1990 election (voting in the National League of Democracy) was ignored, several activist groups campaigned against the military regime in secret. In 1993, one such activist, surgeon and writer Dr Ma Thida, was arrested on accusations of four charges: endangering public serenity, contacting an illegal organisation, and printing and distributing illegal materials. She was sentenced to 20 years’ imprisonment.

Released five-and-a-half years later, she published her prison memoir Prisoner of Conscience: My Steps through Insein, which was released in English last year. She spoke to Asian Geographic about her life, work, and the current challenges facing Asia’s newest democracy.

With restrictions relaxed, how has the media impacted public dialogue?

Although there is no more censorship board, self-censorship still occurs. There are existing laws that limit freedom of expression, directly and indirectly. Many civil society organisations work hard to expand the boundary of freedom of expression, but it is not easy – even under the new government. Media and information literacy amongst the general public is also limited, and media practice through the required media licence is controlled by the Ministry of Information. Throughout the last five decades, only government cronies or pro-government business people could obtain a licence. Although new licences were guaranteed after 2012, the media landscape is not changing effectively. State-owned media – especially print – are still dominating the market share, and controlling access to information.

I am currently a board member of PEN International. PEN Myanmar has three missions: to promote and protect freedom of expression, to establish a vital literary culture, and to create a bridge between literature and school education. “Literature for Everyone” is a community-based literature activity which provides a space for writers and readers to appreciate literature and discuss their opinions. PEN Myanmar also partners with other civil society organisations (CSOs), and our advocacy work has proved successful in catalysing law reform processes. We have started a roadshow which runs workshops on freedom of expression with both regional and national parliaments, as well as with local CSOs. We also have plans to organise more activities on cultivating public opinion, and to start a poetry slam contest. I regularly hold public literary talks on why our society needs freedom of expression, and how we should practise it.

Is the spirit of democracy being translated into action?

The spirit of democracy is the hardest thing for the majority of our people to understand. Long-term censorship, propaganda and an ineffective education system have made our society intellectually blind. It is hard to change people’s mindset in terms of their understanding of leadership and governance. I think that the current political leadership is busy with the peace process and other priorities – like negotiating its authority with the still-powerful military – and so the spirit of democracy is not being translated into action effectively just yet.

What needs to be done in moving Myanmar forward?

Without social change, political change cannot be understood as effective change. The collective dream of a federal democratic society is more or less well-recognised, but it is not understood, nor adopted, by the majority of people yet, as they cannot visualise it. Public and private entities should play a role in helping people share in this collective dream. This can be done if the political leadership guarantees freedom of expression and opinion – including press freedom.

Prisoner of Conscience: My Steps through Insein was a bestseller for several months since its release in 2012. It is available at: www.silkwormbooks.com/products/prisoner-​of-conscience