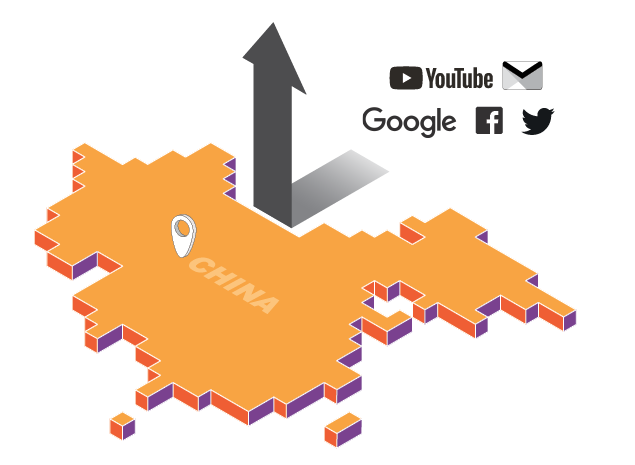 China is clamping down on national internet censorship by hunting down distributors of work-arounds. Just how far will the ruling party go to maintain its iron-fisted grip?

China has a powerful system that allows it to maintain censorship of its Internet space. The so-called Great Firewall selectively censors politically sensitive information from foreign networks into the country, and blocks its citizens from accessing those same sites. Internet service providers in China are mostly government-owned.

China first joined the Internet in 1994. The Communist Party passed laws in 1998 ordering the regulation of the Internet, and began active online surveillance of Chinese citizens in 2003. Besides censorship of foreign criticism of its policies, the government blocks foreign content like advertisements and social media. The key decision to ban Facebook and Google allowed local search engines Weibo and Baidu to thrive, giving the government more power to vet content to its satisfaction.

Apart from the firewall, China also has its Golden Shield Project, which monitors a database of information about every citizen – including their computer activity – and  conducts surveillance by using facial recognition software and camera networks.

The firewall can only be circumvented by using a Virtual Private Network (VPN), which changes the user’s destination address to a country outside of China. However, the authorities are coming down increasingly hard on VPN sellers, slapping them with tough penalties – five-year jail terms – for conducting business that the government considers illegal. Several VPN sellers have already closed, and the remaining ones are no longer targeted at the average user, but at entrepreneurs. Experts speculate that even tougher curbs may soon be imposed to tighten China’s Internet control.

Related: The Hammer, Sickle, and a Love for Money

Related: China’s One Belt One Road