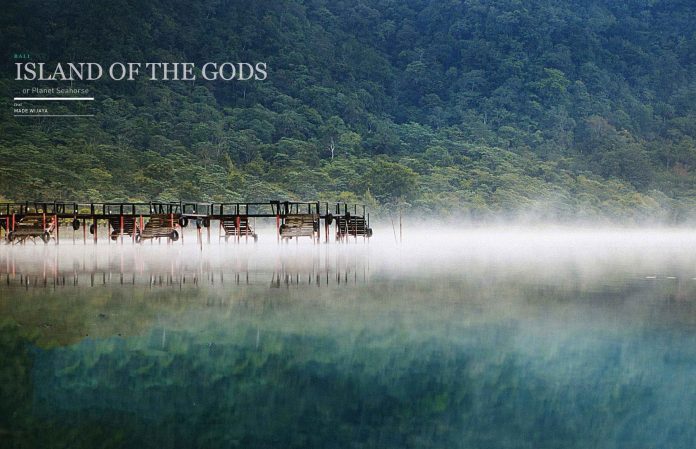 text by Made Wijaya

When I first swam ashore to South Bali in 1973, I had no idea that I would spend the next 40 years working on the fabled isle, completely absorbed by the local culture and architectural traditions, nor had I any idea that I would have to witness, slowly but surely, the gradual disappearance of almost every building and vista that I loved.

Of those early years in the village of Kepaon – now a traditional, feudal Hindu enclave in the middle of a sprawling polymorphous ghetto, but then an exquisite expanse of rice fields leading gently to the sea – I remember most the early morning dips in the stream that passed in front of the house. The house was the home of a then tiny Brahman family (now some 60 strong), which I had met at Pura Sakenan Temple on Turtle Island a week after I first swam ashore. I was quick to move in on them, with my hippy attitudes and chattels, and start my training as a “New Balinese”.

In the afternoon, the elder sons and I would bicycle to Kuta beach to get black rice pudding at Monik’s woven palm and bamboo stall on the beach – the only structure in miles. Both of these regular pastimes – outdoor bathing and al fresco dining – informed my future fascination for water gardens, outdoor bathrooms and ethnic restaurants, which were already Balinese staples since Peter Muller started the Bali Style movement, in effect, with his magnificent Kayu Aya (now the Bali Oberoi) a few years before I arrived.

After six years in the village, submersed in a “mess of humanity”, as my father once called it, I finally ventured out and found the legendary Kayu Ayu, which seemed to echo, in flavour and magnificence, all the ancient temples and palaces and villages I had fallen in love with on the Balinese ceremonial circuit.

Bali has long been a testing ground for design innovation, particularly in the field of luxury resorts and tropical architecture – ever since the first ethnographers put it on the map as the world’s most gorgeous culture – and I wanted in on that bandwagon. I hated with a passion all the herbaceous borders of newly gentrified denpasar and became determined to train up bands of commando gardeners dedicated to artful naturalism. The purser’s magnificent Ubud mini-palace – perched on the rice fields at penestanan – and Sri Lankan architect Geoffrey Bawa’s stately villas at Batujimbar, Sanur, where I was gardener to the local stars, were my inspiration and the Balinese culture my driving life force.

Check out the rest of this article in Asian Geographic No.97 Issue 4/2013 here or download a digital copy here