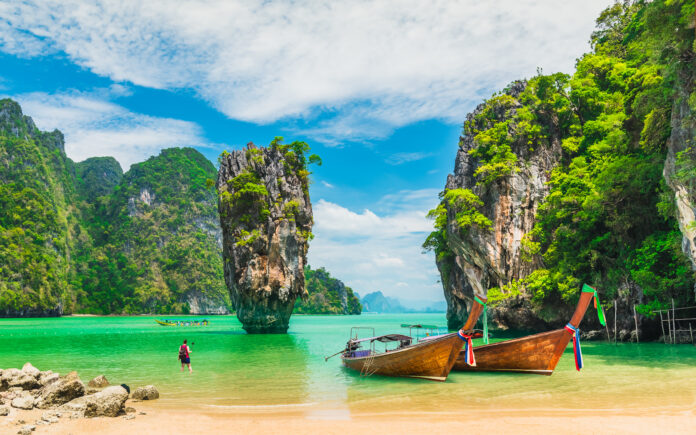 As countries gradually begin to relax their travel restrictions and welcome international tourists with open arms, here’s a quick list of cultural information to some of the fascinating islands dotting the vast Asian continent for your next trip!

Language: Sama-Bajau, a subgroup of the Austronesian language family

Known for: Being exceptional free divers, having mastered the art of freediving to depths for well over 20 metres whilst holding their breath for several minutes. They are also excellent at fishing and diving, often skilled as well at constructing pile houses and boats called lepa.

Known to be true masters of the sea, the Bajau Laut roam the waters of the Coral Triangle between Malaysia, the Philippines, and Indonesia for many generations. Many live in wooden houseboats of stilt huts built atop coral reefs. In Malaysia, they can mainly be found in Mabul, Bohey Dulang, Sibuan, Maiga, Mantabuan, Selakan and Omadal. It is believed that many spend so much time out on the water that if they ever set foot on land, many reports feeling ‘land sick’.

Known for: For their traditional woven clothes. The women of the Sasak tribe are taught to weave from a very young age and it is believed that a girl cannot marry if she doesn’t know how to weave.

The Sasak people are believed to have migrated from Java and Sumbawa and are said to be close relatives with the Balinese, and though they share ethnicity and language, Sasak people embrace Islam rather than Hinduism. The village consists of around 150 households living in thatched houses with walls of cow dung, which is freshly applied to the house every month to repel mosquitos and keep the house cool. The Sasak make ends meet through means of weaving and agriculture.

The villages of Koh Rong are mainly small fishing villages that build their homes on stilt houses above the sea. Many of the local residents live from fishing and small-scale crop cultivation although an increasing number have begun finding jobs in the quickly growing tourism sector of the island. This is particularly true for Koh Tuich Village as the south-eastern tip of the island is the point of arrival for many tourists – this has resulted in the area now is home to more tourist businesses than residential homes.

Religion: Mostly Monotheistic Animism (tribal people believe that Paluga is the only deity and is responsible for everything happening on Earth). People of this religion believe in the presence of souls, ghosts, and spirits, and they put a lot of emphasis on dreams – allowing their dreams to decide different courses of action in their lives. Additional religious practices include Hinduism, Christianity, Islam, Sikhism, Buddhism, Jainism, and Bahá’í Faith

Geographic locations: Principally concentrated in the islands of Boracay, Panay, and Negros

Religion: A form of animism that involves good and evil spirits. It is believed that these spirits are nature spirits that often guard rivers, the sea, the sky as well as mountains. These spirits may also cause diseases or comfort. Christianity has also been adopted in areas that have come in more contact with “outsiders”.

Clothing: Simple with women wearing wraparound skirts sometimes made out of bark cloth, and men wearing loincloths however due to modernisation, many wear t-shirts, pants, and rubber sandals

Culture: Ati people are known in Panay as being practitioners of herbal medicine and many locals seek their help in removing leeches from a person’s body.

One of the few tribes in the Visayas, the Ati and Tumandok tribes of Panay Island are the first to have called the region their home. Genetically, they are said to be related to other indigenous groups in the country – in particular, the Aetas (or Negritos) as they have similar physical characteristics. To read more about the unique cultures and festivals around the world and to prepare yourself as the world slowly begins to open its borders, check out Asian Geographic Magazine Issue 5/2021 coming to the shelves soon, or reserve your copy by emailing marketing@asiangeo.com.