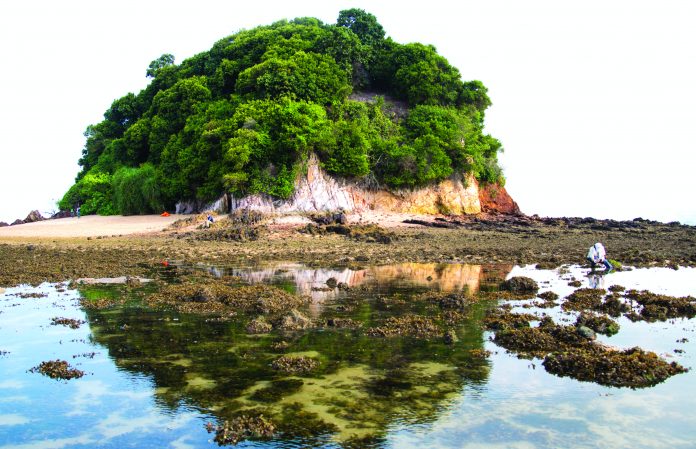 Murky waters, barren reefs and trash-strewn beaches – these are likely the first images that come to mind when one envisions Singapore’s marine environments. Truth is, we also often stop short of exploring for ourselves what truly lies beneath the surface surrounding this tiny, island state – habitats teeming with colourful and diverse marine flora and fauna. And that comes as not much of a surprise.

Singapore is geographically situated near the Coral Triangle, a marine area in the western Pacific Ocean that spans the seas of Malaysia, Indonesia, the Philippines, Papua New Guinea, Timor-Leste and the Solomon Islands. According to the World Wildlife Fund (WWF), this area is the planet’s richest in terms of marine life, with nearly 600 species of corals and six out of the world’s seven sea turtle species found here. But misconceptions about Singapore’s marine landscape often arise as a result of anthropogenic impacts, which the world’s second busiest seaport is  susceptible to experiencing.

Land reclamation works at the majority of Singapore’s southern and northeastern coasts, along with its southern islands, have accounted for a total increase in the country’s land area by over 20 percent. Coastal defense infrastructure, frequent ship dredging along its channels and other extensive development projects have also led to habitat loss and coral degradation, most evident in the reduction of Singapore’s reef area from around 40km² in 1953 to a little over 13km² today.

As a result, high levels of sedimentation have reduced the visibility in surrounding waters to about 3 to 5 metres at best. Interestingly, this has not diminished the abundance of life around our shores. “Despite the sedimentation, we have actually quite a lot of diversity in our reefs,” reveals Samuel Chan, who currently studies the ecological history of local reefs at the Reef Ecology Lab of the National University of Singapore (NUS). “For example, what we find are more plating corals because those are the forms that have the most resistance against the sedimentation. Ultimately, these human activities have only increased the resilience of our reefs.”

Scientists like Chan have long gotten the support of volunteer-led initiatives like regular intertidal surveys. One example is WILD Singapore, a one-stop online platform founded by Ria Tan that catalogues facts about Singapore’s shores.

For the rest of this article (Asian Geographic No.134 Issue 1 /2019 ) and other stories, check out our past issues here or download a digital copy here

The 25th anniversary of the largest and longest running dive show, Asia Dive Expo (ADEX) is set to occur on the 11-14th April 2019. Centred on the theme – Plastic free Future, ADEX is more than just a dive show with its commitment to the environment. Among an exciting lineup of programs, attendees can look forward to a Future Forward Series of Panel Discussion on the Single-Use Plastic Conundrum in Asia, on 13th April.

So join us at the event, get inspired and liberate the diver in you! More details of the event here.