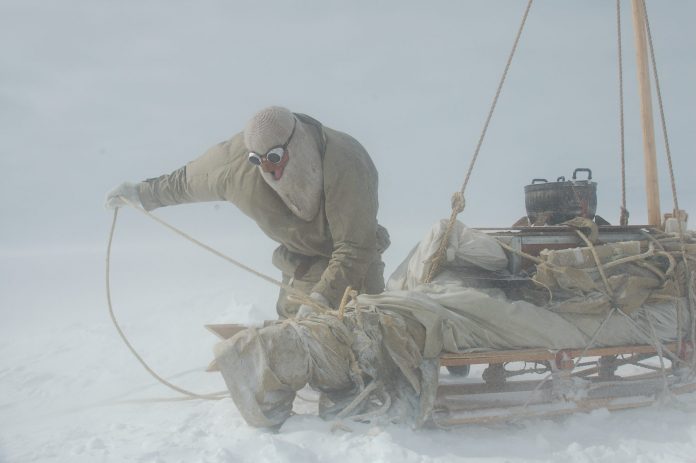 Four explorers discuss how they use their expeditions to promote environmental consciousness, inspiring public action to mitigate climate change

Explorer Tim Jarvis recalls getting lost in the bush in Malaysia at the age of 12, and finding his way home by walking east towards the coast. “I always carried a compass with me. I remember finding my way through a section of jungle in Johor, and it gave me a real sense of satisfaction having done that. That feeling of resourcefulness that you can negotiate the outdoors with a bit of skill and self-reliance really stuck with me.”

Jarvis describes his expeditions as being an extension of this inquisitiveness, and attributes his environmental activism to a love of the outdoors, and the increasing realisation that we need to protect it. This led him to study environmental science and environmental law. “I now find that my expeditions, and the books and films I do, give me a wonderful vehicle to communicate environmentalism to people, when they might otherwise not listen,” he says.

Jarvis conducted his first major expedition in 1996, walking 500 kilometres across the ice sheet of Spitsbergen in the Norwegian Arctic, unsupported. The early 1990s was in the infancy of the GPS, so he navigated with paper maps and compasses. “Polar bears were stalking us, so I had to learn to use a gun, and navigate very accurately. There’s not much margin for error,” he shares.

He then completed an unsupported crossing of the Great Victoria Desert in 2001, walking 1,100 kilometres. The next year he set off for the North Pole, crossing 400 kilometres of frozen Arctic ocean.

In 2007, he recreated Australian explorer Sir Douglas Mawson’s journey, covering hundreds of kilometres across the Antarctic. In 2013, he reconstructed Sir Ernest Shackleton’s iconic Antarctic survival journey of 1916, sailing 1,200 kilometres across the Southern Ocean in a tiny boat, using a chronometer for navigation and wearing rudimentary clothing similar to what Shackleton wore a century ago.

His current project, 25zero, involves climbing all 25 glacier mountains at the equator, with the aim of raising awareness of the urgent action needed to mitigate climate change. “The sheer size of the polar regions is too vast to show the extent of climate change. Tropical glaciers are far easier to show,” he explains.

That’s not to say Jarvis hasn’t seen huge change in the polar regions. “The journey to the North Pole is across the frozen skin of ice on the surface of the Arctic ocean. You can’t do that in the summer anymore, because it’s not there. The science tells us that by 2037, we will be ice-free in the Arctic in the summer. I have seen the changes to support that,” he says.

Jarvis explains that the reductions in greenhouse gas emissions pledged by the signatories to the UN Framework Convention on Climate Change (INDCs) don’t get us to 1.5oC, let alone 2oC; they get us to around 3oC of additional warming: “This is a step in the right direction, but it’s not enough.”

Still, Jarvis doesn’t harbour a defeatist attitude. “It’s up to all of us to step up and make our contribution. Change – when we want to make it – can come very quickly.”
www.timjarvis.org and www.25zero.com

Swimming across the Pacific

In 1998, Ben Lecomte became the first man to swim across the Atlantic without any flotation devices. After he finished, he said “never again”. But in spring next year, he will attempt to swim 8,800 kilometres from Tokyo to San Francisco. What has changed?

“I think when you go through challenges with difficulty and pain, you think ‘never again’! But once you have had some time to distance yourself from it, you remember everything about the experience that was rewarding,” he shares.

His swim across the Atlantic aimed to raise cancer awareness, following the death of his father. The motivation behind the Pacific swim is to bring attention to the human impact on the environment. “The swim is a way to bring attention to an important issue – for people to understand that it’s important what we do on land, as that has a big influence on our oceans,” he says. “Many people don’t really know what’s going on. They have no idea about microplastic and its effect on fish.”

“The Longest Swim” will take him through the Great Pacific Garbage Patch – a vast area of floating waste – with support from their vessel, Discoverer. Lecomte and his crew will assist eight research projects, one of which looks at how the Great Pacific Garbage Patch affects ocean life. They will also be measuring levels of contaminants from the Fukushima disaster, and recording pH levels to examine how human activity is changing the properties of the Pacific. They have involved NGOs like the Climate Group and the Ocean Project to “help us engage people to use less plastic and recycle”.

Lecomte will use the latest technology during the swim: He will be able to communicate with the Discoverer through a waterproof microphone and earpiece. This allows him to take calls and give interviews while he swims. He will also wear a bracelet that creates a magnetic field to keep sharks at bay.

That’s not to say that the sharks will be completely absent. During his Atlantic swim, one shark followed him for five days. “When I climbed out of the water, I could see that same fin circling the boat,” he recalls.

There’s still a lot of work to do before the Discoverer gets to Tokyo. “I’m like a tiger in a cage!” laughs Lecomte, who trains for three hours a day, running, cycling, but doing very little swimming, to keep it “fresh”.

“I know that we are not going to change the world, but I want to do something to make a positive impact,” he says humbly.

All the people onboard the Discoverer are volunteers, so “The Longest Swim” continues to look for support. For more information, visit www.thelongestswim.com and www.gofundme.com/thelongestswim

Through the Northwest Passage

Alban Michon began diving at age 11, encouraged by Cousteau documentaries. “I admired these men who had discovered another universe. It fascinated me,” he says.

In 2010, Michon took part in a 45-day polar expedition, with the aim of making a film. His message is, undoubtedly, an environmental one. “Arctic ice is melting faster and faster, and there will be no ice left in the summer in about 20 years’ time,” shares Michon. “Sure, it will re-form in the winter, but the underwater world that we encountered over there will never be the same again. The ice that we encountered making the film went down to more than 30 metres, and formed utterly unique landscapes. But all this is doomed to disappear.”

In 2012, he organised a second expedition, paddling 1,000 kilometres off the coast of Greenland with Vincent Berthet. The result was the well-received film, Le Piège Blanc (The Ice Trap). “These expeditions make it possible to convey a message of environmental protection in a strong way,” he says. “I like to show what is beautiful, and show why it’s important to preserve it.” His message is not alarmist, nor does it aim to inspire guilt. “I am optimistic, but realistic,” he says.

In 2018, Michon will travel alone across the Northwest Passage, the sea route that connects the Atlantic and Pacific Oceans through the Canadian Arctic. “The 3,000 kilometre-long channel is undergoing unprecedented change due to melting ice. The resultant increase in maritime transport will increase pollution,” he explains. Michon will meet with the Inuit to discuss the changes due to melting ice. “I want to tell the world what is happening here today, so that people can understand what is at stake in the world tomorrow,” says Michon. www.albanmichon.com

A Race for the Earth

Team Earthrace, led by Captain Pete Bethune, broke the world circumnavigation record for a speedboat by almost 14 days. But that’s not the most impressive part: They did it running the vessel entirely on bio-diesel. While a company offered Earthrace funding of USD4 million, they were not too bothered about the use of biofuel – a move that Bethune sees as a big mistake. “The fact that we set a record circumnavigating the globe running Earthrace on biofuel made from waste cooking oils… that’s a cool story! To set a record of going round the globe on diesel – who cares? And in the process, we would have put tonnes of CO2 into the atmosphere,” Bethune shares.

While travelling the world’s oceans, Bethune says he started to see the detrimental effects of overfishing, and it got under his skin. “One day, I saw this fishing boat, and behind it there was just carnage. I remember thinking, I can’t just sit by and watch this kind of thing happen. That was the day I decided to get involved in marine conservation.” This motivated Bethune to found Earthrace Conservation.

While working with Sea Shepherd in Antarctica, Bethune was part of a TV series called Whale Wars. “That showed me the power that television has in getting people to care about important issues,” he adds.

Bethune decided to put together a TV show, and use it to fund his conservation efforts. The result was The Operatives, a series broadcast in over 50 countries that documents the Earthrace team’s conservation missions in anti-poaching and anti-wildlife trafficking, fisheries enforcement, habitat destruction and animal welfare. The teams also train local wildlife protection units and NGOs in effective enforcement.

One of Bethune’s major worries is overpopulation. Related to this is the increasing pressure on fisheries. “By 2048, unless drastic measures are taken, the pelagic species will be gone. Part of the problem is linked to the fact that in international waters, no one can really go about enforcing controls,” he explains.

Bethune has been heavily evolved in anti-whaling – a mission that landed him in a Japanese prison after he boarded the Shonan Maru 2 in 2010. While whaling has been reduced by two-thirds, the Japanese continue to whale in Antarctica. “The job of activists is to keep this in the public domain,” says Bethune.

Bethune remains active in anti-whaling campaigning, but says that Earthrace now looks to target less visible environmental issues, such as pangolin smuggling and shark finning in Asia, and seal clubbing in Namibia – a practice which is still legal in the country, although Bethune is adamant that this will change. “As conservationists, there’s a temptation to look at the short term, but we need to be pragmatic. For governments to change legislation, there needs to be growing public pressure.” www.earthraceconservation.org